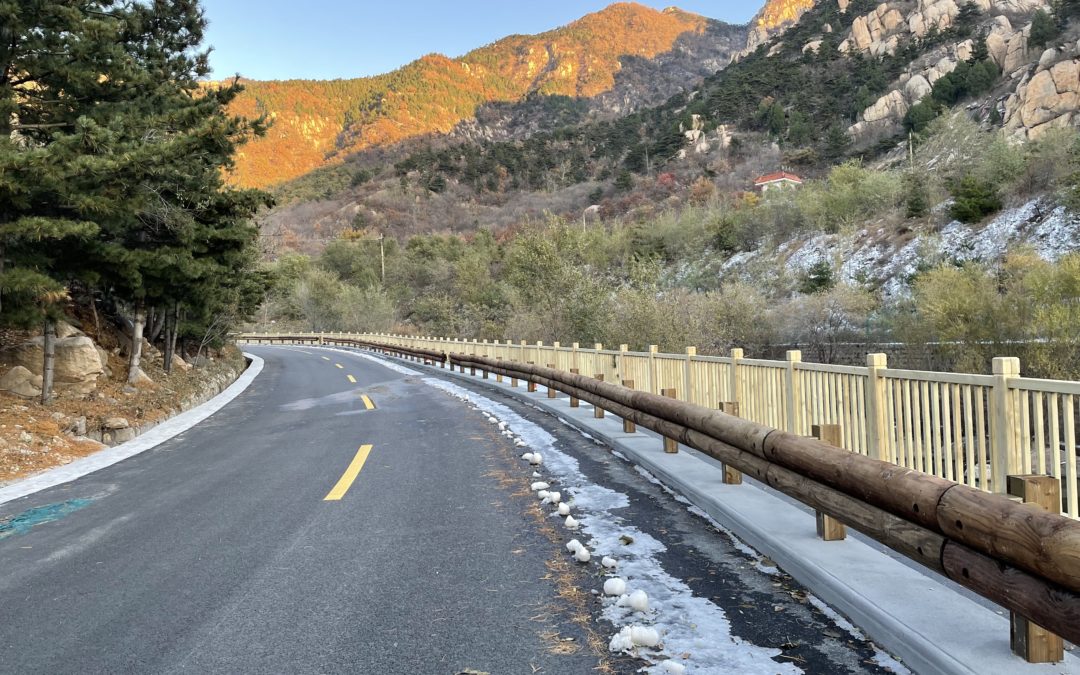 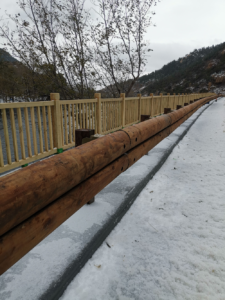 Mount Taishan is the most famous sacred mountain of China, with exceptional historic, cultural, aesthetic and scientific value. It is considered one of the most beautiful scenic spots in China and was made a UNESCO World Heritage Site in 1987. Tertu’s steel backed timber guardrail T40 has been recently selected to secure a 7 kms section of the scenic & touristic access road to this emblematic site.

This barrier is the only European steel-backed timber system to be crash tested according to Chinese standard JTG B05-01 -2013 (level A).

This system consists of two half-logs 22cm in diameter and either 2m or 4m long, reinforced at the back with a steel U-channel. The rails are mounted on an IPE 140 support with metal spacer.
According to EN 1317 standard, the guardrail T40 offers a L2 double containment level N2 for passenger cars and H2 for heavy vehicles. To comply with Chinese regulations, the guardrail was tested with three vehicle types: a 10tonne bus launched at 60kph, a 10tonne truck, also launched at 60kph, and a 1.500 kg car at 100kph.

Tertu company is present in China with its local subsidiary Tertu Shanghai, established 10 years ago, and which made a really significant work to make safer Chinese roads with safety and green-friendly barriers.

T40 system was tested in 2002 in France and has been successfully installed in other countries including Italy, Norway, Ireland, Czech Republic, the British Channel Island of Jersey, the Netherlands, Luxembourg, Belgium, Andorra, Israel, and of course France.

Thanks to its technical characteristics and the inherent elegance of the Douglas fir, T40, as well as the whole range of Tertu’s timber VRS, provides durable aesthetic aspect to road projects as well as full safety for users. 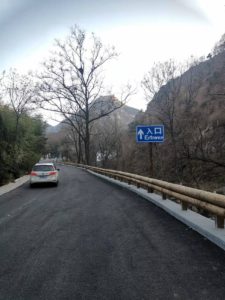 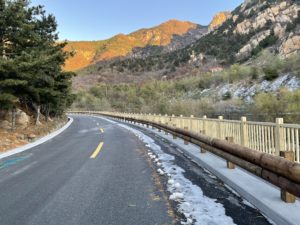